A downloadable game for Windows

The next entry in our "5 minutes of horror" series.

After leaving your wallet behind, you return to Ribeye Charlie's house of steak and pasta to retrieve it. The restaurant is closed but the front door is open. You step in.

any chance of getting a mac version of this? i'd really love to play

Thank you for reaching out! I will look into a Mac build and if/when it gets ported, I will be sure to contact you.

Reply
Game's Not Over1 year ago

Such a GREAT and SHORT game! I would HIGHLY recommend for a quick scare! 👌

As my comment on the "just before the swarm" game, this game was really good and really kept the tension up. The only real problem I had was that the AI didn't seem that advanced and even though the tension was there, it felt like all I have do to was run away and they couldn't catch me also, the screen resolution wasn't full 1920x1080 for some reason. I know its not supposed to be widescreen but I felt that this took a bit of tension away from the game. It also cut of the ending when you finally escaped. I do like how this game and your previous game links together in the same world. That is a nice touch to give to exsisting fans. Other than that, it was a really good horror game and again, I hope to see more of these games in the future. Keep up the good work and here is the halloween special for those who have not seen it yet.

I have so many questions about this game... this game... just this game. It's pure beauty. But honestly, some nice game mechanics and some good spooks, made a great game for the video! Thanks for making this, i'd love to see some more random but terrifying games like these!

Reply
Hey It's Greg1 year ago

See, you get what you get when you walk into a restaurant that's clearly closed.

Spooky fat guy in an alcove was my favorite part. Jokes aside, I think this one had an interesting premise but was a little half-baked. Ran in to a couple major bugs (enemies not killing me, enemies getting stuck, finishing the fuse box immediately after dying). The level seemed to be setup but not filled with much stuff. I see you're focusing on a "5 minutes of horror" series, and I don't know if there's certain deadlines you set with each entry. I feel like this could be much better if it had a little more development time. Regardless, it was an interesting idea and I'm sure you guys will only improve from here. I'll keep an eye out for your future titles. Good luck!

I see you are another developer that has the same style as, Puppet Combo. Sorry if that offends as, I don't mean to in any way! You produced a great game as, a carnivore who sure loves his steak and, a good burger you almost turned me vegan scared have to death by demonic blood thirsty cows! I think I almost made it out on my last attempt unless there are more than 3 fuses! I really thought the game wasn't beatable until my last run where I did so good. I enjoyed the ringing of the cowbells to signal danger!

Reply
TheBaconSmasher1 year ago
Ribeye Charlie`s basement is a lot more spacious than i expected!
Reply
underfel1 year ago

This is a great horror game!, I'll definitely play this for a video on my YouTube channel!

Amazing little horror game (scared me a good bit not going to lie) I loved this game, i cant wait for future games by y'all. Great work, and keep it up/

Thank you for the video and review!

Hey, I liked your game. I only wish it was a little longer because I wanted to play it more! Can't wait to see your future stuff!

This was such a cool experience, thank you for the great game! 👍👍

Thank you for the video!

Hey look it's your mom in the thumbnail :D

lol legit a good game though. thanks to the developers for already checking out the video before i even posted a comment here. you can check it out if you want to as well ^^

this game is super sick. I would love a part 2 out of it. My only issue is finding the fuses. Didnt realize what I had to do until 10 mins it  but I'm not the best at games! Great game. Spooked me!

Andrew, thank you for the video!

Reply
ferocioustoast1 year ago
Took me a little too long to find the key. Nice game!
Reply
Circle Star Software1 year ago

Thoroughly enjoyed my time with Ribeye Charlie's. One of the few horror games to legit make me scared!

That was so interesting! Definitely scared me. I had a good laugh though so I decided to upload a lil video of it!

Good to hear you enjoyed it. Thanks!

It was a rather weird game for me.

Short game. One good spook. After that I had some beef with it and had to milk it for all the udderly good moo-ving jokes.

I hoofed it out as fast as I could. You can spot me leaving the meatlocker below. ;D

I was udderly amused 😆🐮

Hey there, I recently played through the game and thought I'd share some of my thoughts on it here. I'll be going over some things I liked about the game, maybe some things I didn't and any bugs I may have discovered.

First I'll go over some of the things I liked. I enjoyed the story premise and setting of the game, a steakhouse by day but a "slaughterhouse" by night, it's a really interesting concept having all of the staff actually be killer cows carving people up at night. The "VHS" effect is also very well done here, adds to the atmosphere of the game.

Now I want to talk about some of the things I didn't like. The biggest thing to me is that it just didn't feel like a horror game, yes the premise and setting are creepy and good but I couldn't really find any meat to this game (no pun intended). The cows that chase you are barely any threat at all so long as you turn tail and move the other way, and apart from their eyes glowing when you're in their sights they aren't really that frightening to look at. It's also become extremely common for games to use the "find X number of Y item in this maze and don't die!" concept and it's getting to be extremely repetitive, of course your game isn't the only recent one to do this, but it's the most recent I've played that follows this overdone and frankly boring formula.

I'm happy to report that I didn't encounter any game breaking bugs, however there was a minor one where a cow would continuously walk into a wall, I believe the "cowbell" effect would trigger but it appeared to be stuck.

In the end, I'll give praise to the game's story and setting concepts, as well as it's use of effects to heighten the atmosphere. However, I have to be critical about the overall game-play in that it's very mundane with mechanics that have recently been overdone in the indie horror scene especially here on itch, and that I just didn't find it scary.

I hope you don't mind but I made a let's play of my time with the game over on my channel.

Cheers and best wishes to you,

Real Short , which is a shame since i really liked it honestly, id love to play a whole game with killer cows lol! Good job

It's freaky and yet weird, which makes up for good horror game. Adding a VHS style to it makes it feel like the game could been inspired from some sort of horror movie from the 80's or so.

Getting started isn't difficult in itself even if we don't get much more info then "find a way out".  The enemies are cool. Freaky men with bull heads on with a bell sound to indicate that they are near.

The only problem I had with the whole thing is that they won't chase you everywhere. As soon as you step into a "safe zone" they won't follow you. Even if they looking at you. Would be nice if they stop chasing you if they can't find you anymore for a more intensive gameplay.

Other then that, you made a good game with a cool horror element to it. Keep it up and show off your skills.

Getting chased by men with cow heads has a habit of ruining your day...

I copouldn't figure oout where to go or what to do, this was the last game I played.

Hi! Thanks for making this game, I made you a video

Great video! Thanks for playing the game!

It was an honor

I enjoyed this little horror game. Sweet and to the point.

link to my channel: youtube.com/jonathick

Here's my play of the game, I see potential in this game, however in this current state it does need some work.  Hope to see more from you guys in the future!

Well this was fun. I enjoyed the whole experience. If you need something quick to help you evacuate your bowels look no further. Excellent game. Excellent effort. I look forward to seeing more from this team.

Thanks for the playthrough!

Part 2 of the gameplay :D

I would honestly say that this game gave me the major creeps, and I haven't been able to finish it XD So, I decided to do a little video of this with one of my other buddies as the "enemy", since me and several others call him Moo. I did the best I can

Creepy game as always and thanks for commenting my vid tho dev :D

Really loved the VHS style graphics! Made everything really creepy lol. I didn't think I'd enjoy getting chased in the back of a restaurant by a cow cult but I did!

Ribeye Charlie's is a short but meaty little spook game that's easy for anyone to pick up and play. It also feels like an enjoyable starter level spook game, as it is pretty straightforward once you get into it and has simple controls. I'm not entirely sure why the player has Old VHS vision or why the enemies are cows...but I don't question it, because it all adds to the fun.

Good job on this, devs. You made a weird and amusing thing.
Reply
Kibosh1 year ago

I really enjoyed this game. So many favorite moments came from this game. I loved that this was a 5 minute horror game as well.

Hey, thanks for playing!

Ey, so here's what I've gotta say about Ribeye Charlie's! Sorry about the lack of energy within the video down below; it was pretty late when recordin', hahah.

It was pretty short, so I don't have much to say on the matter. I did like the sounds that were put in, but I wish there was more. I liked the cowmen, but again, I wish there was more to them in terms of mechanics. The VHS filter was something I loved, but it became a bit uneasy for my eyes to stare at after a while. Gameplay was short, sweet, and to the point, which is a-okay in my books for an experience like this.

Overall, there's more to be desired, but it's a fun little game to play! Thank you for taking the time to read, and have a lovely day. 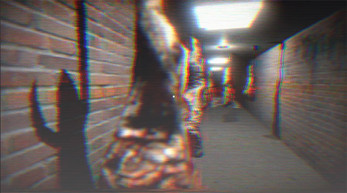 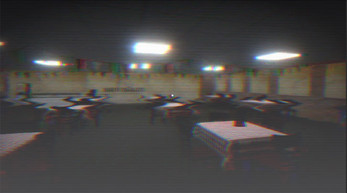 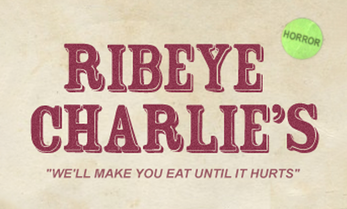